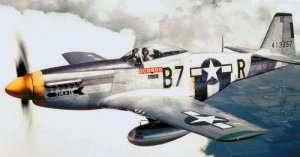 My father was a WWII flying ace. He flew P-51 Mustangs, he taught cadets to fly them, as well. He wound up having to ditch in the North Sea three times. He lost friends, comrades, and “wings” (wingmates) in that war.  (He flew in the European theatre, flying out of Britain.)  I know he was in the bombing of Dresden as air cover, and I know it was one of his worst nightmares of the war.

He never spoke much about World War II.  But he did share some of his pranks and escapades…like flying a P-51 upside down through an open hanger and having everyone hit the deck. The tower couldn’t believe he did it.  But he did.  And got away with it, too.

Anyway, I miss him. A lot. I miss him so much that I can’t even coherently write about him, but he was MY hero, and always will be.