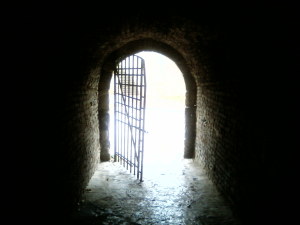 When I quit doing web developments a few years back, there was sheer relief and a rewarding sense of freedom, of being able to breathe, again.

Then I closed all but four of my own websites, allowing only zentao.com, dlkeur.com, ejruek.com, and thedeepening.com to remain active, thedeepening.com changed from promoting other people’s books and novels to its original intent.  More relief, more freedom, more space to breathe and try to follow my own projects.

This year, I began to ease back on doing professional graphic art.  I retained a handful of good clients, but, mostly, I say “no” to the requests I get. First off, it’s a real pain to have to deal with people who, not having a real grasp on what they actually want, have set ideas on what they think they want. Then, when you produce that, after they approve it, they decide months down the road that it’s actually not what they want, and they get all sorts of upset when you tell them they’ll have to pay for another design to be conceived and completed.  It’s pure drudgery with not much reward for the soul, regardless of how well it adds to the bottom line.

Now, I’ve turned my focus to my true love in life–writing novels–and, while there’s still some drudgery involved–reading and editing that manuscript yet one more time; promoting what’s already published–there’s sheer joy and happiness for a story well-told and appreciated.

Truly, I’m almost as happy writing as I am riding.  Only being with Forrest trumps it all.

I just finished building a new house for our resident boar.  This was no small feat, as it required me to, simultaneously, build the new home in and around demolishing the original one, pig, now 800 pounds worth, still within.  The original house being wood and hog panels, had gone from roomy to just barely big enough; what had started off well-made and stout, was now patched, mangled, and thoroughly worn after a year and three-quarters of hardy use by an ever exuberant, ever growing pig who still thinks himself human, the result of having been privileged to inhabit our house his first winter of life, sharing bed, board, and shower with my husband and I and our regular house guests. (To this day, he really does think himself “people,” not “pig.”)

Aptly named “Lucky,” not because of his start, but because of his ongoing survival, he arrived on my lap in late fall to the pleading of Mom and Irma, the sow owner’s wife.

Two days old, he’d been repeatedly crushed by his mother, then shunted aside by the stronger of his litter mates who’d managed to avoid similar trauma by a sow who wasn’t very adept at her job. Gray and cold, a limp little goner, it took heated fluids slipped in IV and sub-q to get him to rally enough to think about suckling. Then, with the helpful ministering a several of our cats, he was soon warmed, fed, and snuggled up in bed with a hot water bottle in his own little basket beside me.

Newborn, orphan pigs, especially those in dire straits, need to be kept warm and fed every twenty minutes for the first few days, until they gain enough strength to survive several hours without sustenance.  Survive he did, though I didn’t get a whole lot of sleep.  Within days, he was able to totter.  That perked the interest of ‘The Mighty Titan’, resident monster cat, and, soon, the two were playing chase through the house.  By Thanksgiving, “lucky” was house trained and would walk on a leash; by Christmas, he was as big as his litter mates and ready to return to his farm of origin.  But Mom was having nothing to do with the idea of shipping him ‘home’ where, within months, he’d be destined to become bacon and pork chops.  So he stayed…and stayed, and got bigger and bigger.  And it soon became obvious that something had to give–either the house or the pig.  So, dead winter, with blowing snows and miserable temperatures, my husband and I built Lucky’s first pig house.  We moved him in March, bundling him, dressed in his harness and leash, into the back of Patrick’s Explorer, pig’s head settled onto my lap for the ride out to Dad’s place.

Snuggled into a nice warm barn, with heat lamps and a deep bed of straw, Lucky settled right in…where he lives to this day, still a “lucky” pig not to have wound up as pork chops on somebody’s dinner plate.

Folks don’t have time to dwell.

There’s way too much input to digest it all.