An artist friend recently reconnected with me on FacePlant. His art, which is very 21st century, is perfect for adorning large, post-modern edifices and large spaces. But gaining traction in the art market is completely dependent upon being socio-politically well-connected. Else, plan on selling your work for .87 cents a copy for digital and maybe a gross profit of $5 as (or on) a tangible product. And the same is true for all the humanities. Just like art, music and writing have also all taken nose-dives as viable means of earning a living for all but the most lucky few.

You say you want to grow up to be a writer? A musician? An artist? I’ll nod and smile, but, inside, I’m thinking that you’d be better served, at least in the near future, by focusing on STEM careers, that is, science/technology/engineering/mathematics. I say ‘short term’ because, honestly, AI will supersede humans at those as well in, probably, no more than twenty years as any enterprise will be better, more efficiently served and performed by AI-run/enhanced robots, including every job imaginable — yes, even wiping grandma’s bum, rocket science, and brain surgery.

So, husband texts, asking which pieces I’d like to rehearse when he gets home. I give him a rather extensive list of well over a dozen difficult pieces. An hour-and-a-half later, when I’m working through number four on the list, he texts to tell me that he’s hit all of them, so we’re good to go, and he’s heading out …which means he’s starting his assigned heavy-haul KW semi- and heading toward customs to get back into the U.S.

I sit there staring at that text, thinking, ‘You hit that entire list? In an hour-and-a-half? Wow!’ Then comes my sigh of frustration.

Music is so totally in his hand, and so is his instrument. What I have to work weeks at, he manages in a few minutes, or, at most, a few run-throughs during his practice sessions.

Laughter strikes me. It’s only fitting, I think, that me, who spent decades in formal study, grilled and drilled, has to work very hard to come up to speed, while he, who had no formal education in music or his instrument, can toss off really, really intricate, difficult riffs like it’s nothing and hit them every time.

I used to be that good, but with a qualifier: only after years and years of determined practice and only by continuing daily practice, practicing every day, at least four hours a day, could I be that adept and agile, my sight-reading top-notch, my ability to toss off brand new pieces superb, and my repertoire flawless — four hours of practice a day. And that, my friends, is the difference between a virtuoso musician (him) and somebody who’s just talented.

Like I mentioned previously, there’s a lag between playing a note and it sounding through the PA. It’s not much. It’s usually not that noticeable …unless I’m playing under heavy distortion or using the stomp loop to bring up the POG2’s multiple voicing to go along with some of the Digitech RP1000’s distortion or flanger or …whatever makes the sound ‘happen’. Then, it can be noticeable milliseconds of lag, requiring me to really lead the beat. Occasionally, though, the units actually throw tantrums.

I was practicing some difficult foot switching between patches on a piece where I’m playing some fast, upper register lines. As I switch between patches, I’m hearing wobbles the moment I bring the parts up to speed …which, admittedly, really gallop along. I slow the tempo down, and the wobbling disappears. Bring the tempo back up, and there are the wobbles, again.

I’m one of those people who looks, first, to themselves as creating or causing the problem. A check with effects off, though, showed that, I was playing the part accurately. Bringing the effects units back online, I tried again, only to find that, sure enough, at speed, the wobbles happened. Now, I knew that neither the Digitech nor the POG2 like the flute’s third register’s upper high notes played at speed, but this particular glitch hadn’t ever exposed itself to my hearing before …maybe because, stressed out about just getting the switches hit when I should, I wasn’t listening — all too possible. Now I was listening, though.

Trying the line without the POG2 didn’t improve things. Trying the line with only the POG2 on and bypassing the Digitech, also didn’t make things go smoother.  I began trying various other patches on the Digitech with the POG2 off. Okay. That worked. I tried other voicing on the POG2.  Okay, too.  It was both the Digitech’s patch and the voicing being asked of the POG2 that were throwing problems, and isolating one, the other, or having them both working together didn’t make any difference. They did not, either of them, like that line played at speed and were vehemently voicing their objections through the PA.

It made me laugh out loud to hear the machines in their grumbles. They were both having a devil’s time hitting the pitches that swiftly. Slow it down just a tad, and everything stabilized. Turn it up to burn speed, though, and both of them threw fits. 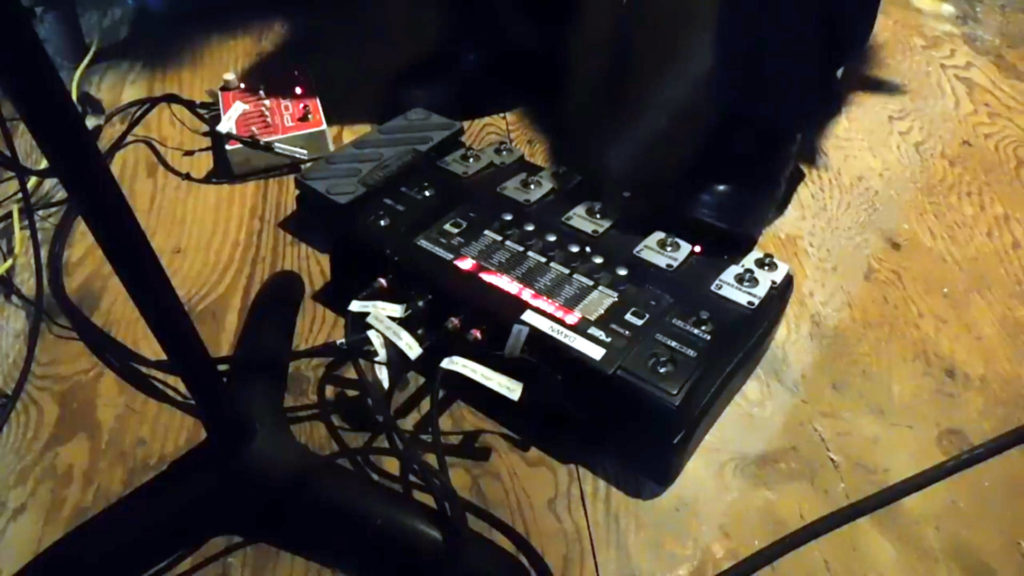 So, a bunch of “legitimate, hard-working ‘authors'” are in an outrage. Feathers are kerfuffled, bent, even broken. Tsks, clucks, cries, and screams of outrage (text-style) flood the cyberlanes. SJW-style calls-to-action abound. Hands grab virtual pitchforks, clubs, hoes, and hatchets.

It might not make your local news, but, in the online author circles, the ripples are palpable, the temblors quaking their virtual landscapes. The headline reads: “Scammers Break The Kindle Store”. (If you’re interested, DuckDuckGo it, because, no, I won’t link to it or any of its reblogs.) What that headline should read is: “System-Gaming ‘Authors’ Beaten at Their Own Game,” because that’s what’s happened.

Authors ‘serious’ about getting their ‘eBooks’ noticed in the hopes of making both money and a name for themselves as ‘successful indie authors’ collect and then mine their followers, email list subscribers, author pals and cooperatives, friends, relatives, and anybody else they can to try to get their books highly ranked on Amazon and other online book selling venues. Calls-to-action abound with

Here’s the reality: Legitimately good books written by legitimately good authors don’t usually make it to the top of any rankings, because most legitimately good authors don’t have the crowd charisma and marketing gumption (and, yes, I said ‘gumption’, defined as ‘boldness of enterprise; aggressiveness’, because that’s what it is) necessary to hold sway.  Success in eBooks, especially on Amazon, regardless of actually how good the book is (and most of them are, in fact, schlock) is based on how well the author of that top-ranked book has gamed the system, which is dependent upon ‘likeability’, luck, skill at manipulating the various ranking algorithms and, more so, skill at convincing others to raise you and your book’s popularity and sales/download/pages-read numbers.

Me? I don’t find the outsourced clickfarming any less ethical than author-run efforts. In fact, I think I find them less offensive. Of course, my opinion is that of a tiny minority, and, I guess, it’s extremely offensive to people like Stuart Whitmore over on G+ who decided to resort to insults and trolling me over it. That’s okay. I expect that. I’m not and never have been willing to just go along to get along, embracing the most popular opinion just because it’s socially advantageous. 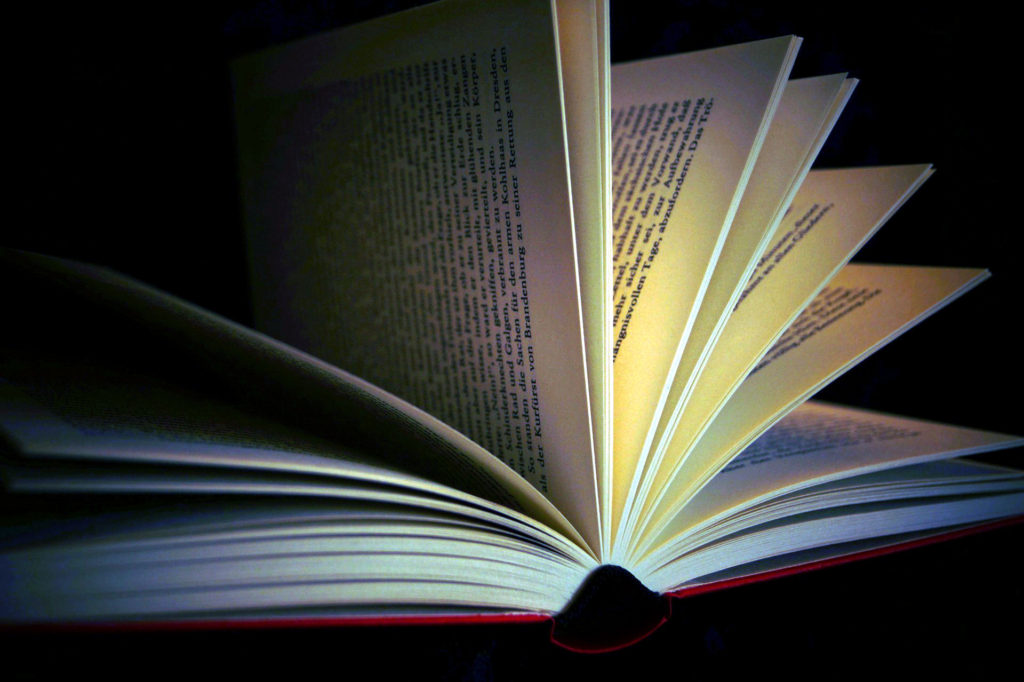 It happened about 11:30PM. Two distinct pulses that jolted me. The big wagon wheel chandelier swayed for a good ten minutes. So did the hanging plants and the wind chimes.  I heard the house, made of wood, set on a full cement foundation, give off two very faint snaps, like toothpicks snapping.  The floor moved under me. I felt an odd, faint sense of vertigo.  Earthquake. They happen here. Rarely. But they do happen. It’s eerie when it does. I’m not accustomed to them.

…And, okay. Our wonderful Bonner County Sheriff just sent out a text: BCSO: The 5.8 earthquake in Lincoln, MT is being felt here. www.nixle.us/9FRLF Reply with a friend’s # to forward.

The biggest I ever remember was 4.2.

Lincoln, MT is like 300 miles as the crow flies from us.