Went to bed Sunday night with the Internet sort of on. Internet connectivity has been ‘sort of’ for several weeks, an off and on again experience, sometimes normal, sometimes sludge slow, sometimes not at all, but there. Hey! This is N. Idaho, just a few miles shy of the Canadian border. We’re still on braided copper wire up here. Some folks are lucky if they get 56k (kilobits-per-second) dial-up modem speeds. Remember those?

Monday morning, couldn’t get to anything but Facebook and reddit. (Yes, both of those work at dial-up modem speeds.) A call to Frontier netted me knowledge that the whole area from south of Sandpoint all the way to the Canadian border was out. No estimated time for a fix. (So that’s where all those Frontier trucks were racing off to when I dropped husband at his truck.)

Did I get out my Verizon hotspot? …No. I had things to do in the real world and wanted to wipe my slate clean.

Since Monday was already compromised, the best part of the day spent getting husband off to Canada in his big rig, it was a good day to get real world projects completed. When you can’t work on the Net, it’s a great, even awesome day to spend doing everything you’ve put off for just such an opportune moment.

My old friend Lloyd always warned, “Get your work done before noon, or it don’t get done,” and I’ve always found that to be pretty darned true. I had two hours to get done what needed doing before that noon deadline. 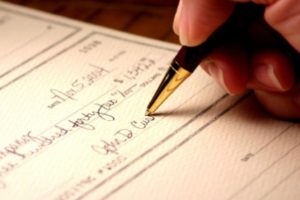 Now, I do as much work as possible via the Net, via the telephone, or, less favored, by old-fashioned USPS mail. Physically having to go to the bank, the lawyer’s, the insurance agent’s, the treasurer’s office… is always a pain-in-the-keister. (For those unfamiliar, ‘keister’ is an old word for ‘buttocks’.) First up, at the top of the list, was the bank, since everything else hinged on that. I needed some more checks — yes, checks — those rectangles of paper upon which you fill in the date, to whom, the amount, both numerically and written out in words, add the account and bill number for which the amount is to be credited on the memo line, then sign. Land taxes are due, and electronic payments are not to be trusted for things so crucial. When it comes to land taxes, I walk my payments in, getting a nice stamp of PAID from the county treasurer’s office.

I parked and hit — quite literally — the door to the bank — locked. 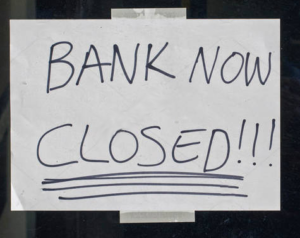 Went to the other door — the one most people use. (Hey, I never walk the popular trail.) Locked, too, but this one had a notice on it. “Closed. Intenet down. Use ATM for cash.”

A peer into the windows showed bodies, the bank manager standing there wringing her hands — not normal.

…Grumbled. Frowned more, steam building up in my brain as I got back in the car.

Noticed the drive-up window was open and got in line behind a battered old red pick-up.

I recognized the ‘codger’ in the pick-up. Silver-haired and in his eighties, he’s notoriously cantankerous and a self-made multi-millionaire, North Idaho style. He’s a great guy …when you’re not on the wrong side of his temper (kinda like me, only the male variety). As I sat there, he’s pulling out pieces of paper, waving them at the unlucky woman at the drive-up.

I roll down my window. Yep. He’s giving her a piece of his mind, wanting the bank manager (the one standing on the other side of the building, wringing her hands). I keep hearing, “I’m sorry. The Internet is down.”

Other cars — Caddy SUVs, a BMW, a Porsche, another battered Ford PU, a Mercedes… pull in, go through the ATM, then circle the building to pull in line behind me, so many that, as I wait, the string of them curves out of sight around the building. Every one of them, like me, patiently waits for their turn. What’s our beef? BANKS SHOULD NOT CLOSE SIMPLY BECAUSE THE INTERNET GOES DOWN, NOT IN NORTH IDAHO, NOT ANYWHERE!!! Heck, Walmart was open, doing business. So was Home Depot. So, in fact were the Mom and Pop shops. Despite no Internet. (Maybe, like me, they have a back-up system that uses satellite, not wire, no guarantee, but at least it’s something. When that goes down, it’s pen and paper. Got it?)

Want to piss off a bunch of us mostly pretty highly educated, but, likewise, extremely, even cussedly, independent North Idaho ‘yokels’? Deny us access to what is ours, especially our money, for no good reason, and the Internet being out is NOT a good reason, sorry. Your bad.

After finally getting up to ask some very pointed questions of the window woman — no, they don’t keep a local back-up; they can’t even access the banking interface, which is run from the cloud — I drove over and marched into another bank. Their doors were open. They were doing business. I quizzed the friendly girl who offered herself up to my stormy countenance. Yes. They have a locally resident program and a resident backup database, so they can keep going when the Internet goes belly up, a regular happening here.

It’s going to be a huge hassle, changing banks. We do a lot of direct deposit, but change banks I will. So will a lot of other folks. You want to stay in business? You don’t do it by locking your doors on a business day, and denying people access to their money and your services. For something as critical as banking, you have to have a back-up plan for eventualities or suffer the consequences of our bad attitudes. That’s why you get to use our money. Fail that, and you lose that privilege. 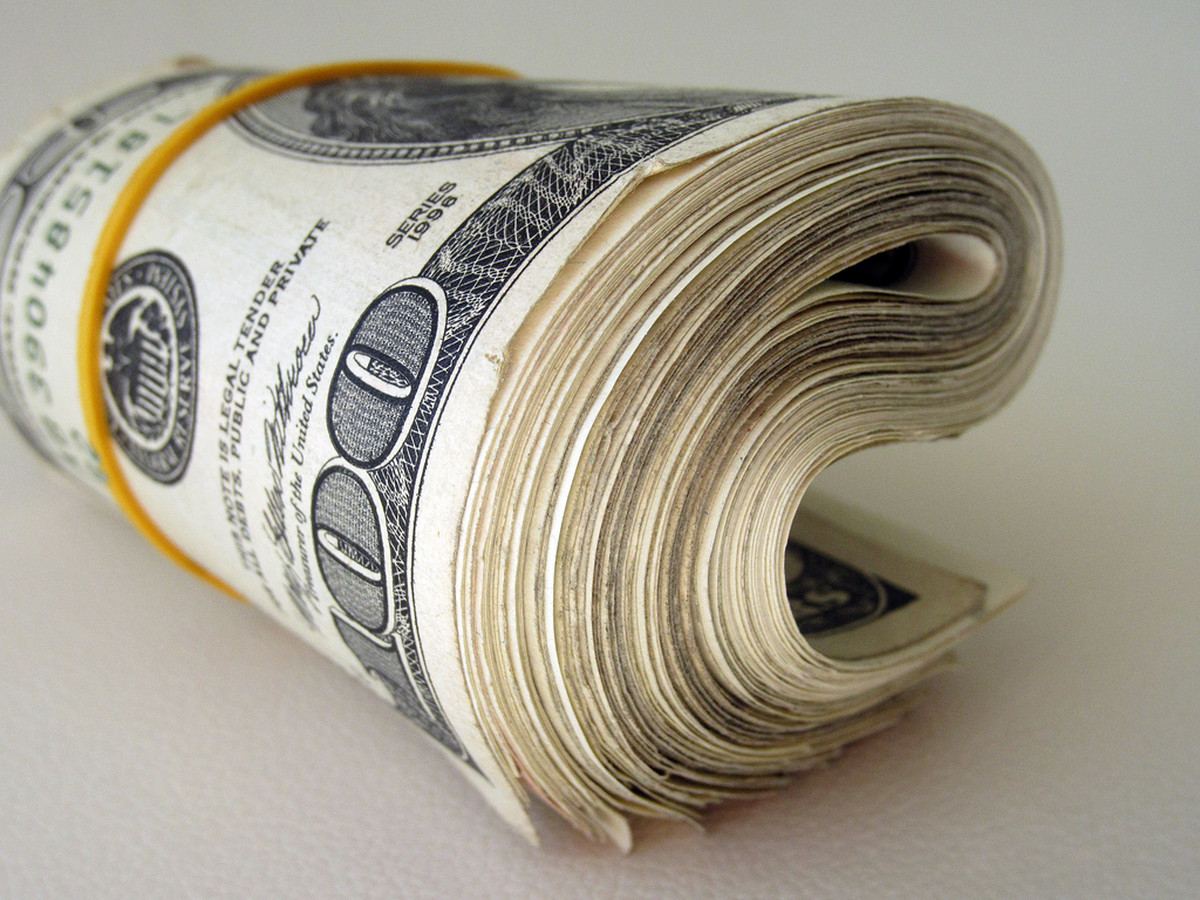