Whenever I open my mouth to say what I think…or, rather, type on my keyboard (because the Internet is where it happens most, now), feathers get ruffled. What I consider a common sense viewpoint is, more often than not, objected to by a specific mindset owned by those who claim entitlement to any and everything, and by those whom the entitlement claimers have brainwashed into believing their pap.That happened this morning when I posted a rather mild rant about attitudes about piracy, specifically piracy of eBooks and audiobooks–piracy of my books.

Enter the self-appointed publishing expert who, after chiding me on the use of the word ‘bullshit’, claiming it to be cursing (an antiquely Puritan viewpoint, IMO) ‘informs’ me that:

(Remember The Emperor’s New Clothes? Remember Stone Soup? Obviously, he has deluded himself into seeing the emperor’s clothes and thinks hucksters are heroes for tricking people into sharing their hard-earned assets with clever vagabonds.  …Remember The Ant and the Grasshopper?)

…Then there’s the gamer who somehow added 1 and 1 and got 31, claiming that I must be against friends loaning to friends.

Ah, duh, that feature is enabled on my eBooks, and you can, with a click, share your eBook purchase through Amazon with a friend or several, albeit one at a time…and Amazon is the only place I publish, right now.

Then he added that I must have a problem with libraries, too.

No, not, and never. It’s stealing I have a problem with, dufus. Jumping to erroneous conclusions that have nothing at all to do with the topic demonstrates, at least, your level of desperation to support your stance, never mind your lack of foundation.

There’s a whole generation of you–comprised mostly of youth and Gen-Y-ers, who believe you’re entitled to access anything on the Internet for free. You claim It should be free, and, one way or another, you’re trying to force it to be free. Well, it’s not free…just like the clothes on your back, the shoes on your feet, the food that you eat, and drinks that you swallow aren’t free, much as you’d like them to be. My book sales are my income.  It’s the work I do.  I should be paid for that work, and, in fact, I insist on being paid for that work. If you don’t want to pay, then go entertain yourself with one of those ubiquitous free books out there. (Psst! There’s a ton of them, with slack-skilled authors just begging you to download them, all for free. In fact, they’ll even pay you to read their books! Have at it.)

In point of fact, I’ve loaned or even given my eBooks and print books away. Yep. But that’s MY choice to do it…when and if I choose to do it, which, admittedly, isn’t often. But it’s MY choice of when to do it and upon whom to bestow my gifts–my right as the intellectual property owner. It’s also MY choice to set a price that I think is fair and reasonable…just like it is YOUR choice to choose whether to pay for the privilege of reading my novels and books. (“Oh, gads,” they mutter. “She has the audacity to say ‘privilege’!” …Yep, I do.  Because it is.

You don’t want to pay the price?

I’m not begging you to read my work. Not at all. The key word there is CHOICE—MY choice not to let you read my work for free, and YOUR choice not to pay my price for the privilege of reading it.  But a lot of you want to take that right away from me. You object to the very fact that it is my right, a right you don’t think that I, as the creator, should hold. You actually promote and sanction a policy that I, the creator, should be denied that right, not just nationally, but globally!

You think you are somehow owed the right to consume whatever content you want to and not be required to pay for it. And when somebody says, “No!”, you throw a hissy fit. (You should see the private messages…or should I say the private scolds and castigations I received. Too bad they weren’t posted publicly. I would have loved to share them, especially the ones decrying me as a “capitalist [c-word]”, “a selfish control freak”, and…well, we won’t go farther than that, thanks.)

I knew when I posted that editorial, I was going to get the rats, termites, and maggots crawling out of the walls.

And crawl you did.

I was prepared for that, and was, actually, quite surprised I didn’t receive more text-lashings. The few I did receive just prove my point. You’ve proven to me just how stupid and unabashedly hypocritical you are–you who demand fair wages for your work, but would deny me mine. And you’ve convinced a lot of gullible authors of that, too, demonstrating just how well the very people getting ripped off by your ‘content-should-be-free’ meme–authors who accept and even sanction it–can convince themselves that they’re so very lucky to be getting hung with a new rope, rather than a used one.

Of course, on the up side, I got nice support, too. Not so many in private messages, but in the sharing, plussing, and the few brave souls who commented.  Thanks, all.

Meanwhile, of course, the response I got allows me to separate more chaff from wheat. I love pruning out the dead wood and keeping those who hold a vital mind. 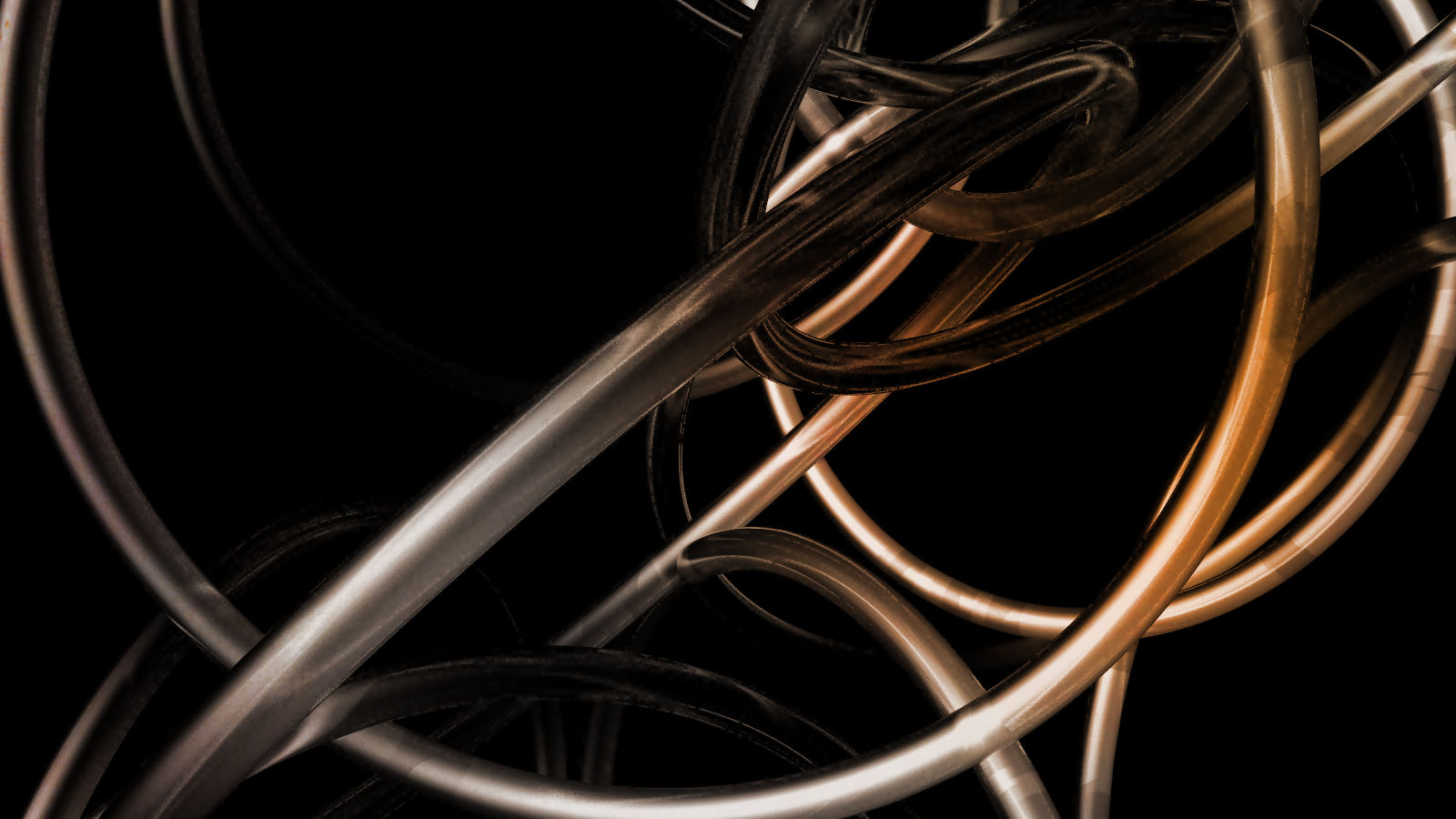 Most of you know that I quit publishing more books because of piracy problems. Since then, I’ve done a lot of research on the subject.

The common indie author response to this problem is (paraphrasing): “Piracy is okay, because the people who download your book wouldn’t buy it anyway, so you’re not really losing any revenue, and, besides, it’s actually good because your work is being read and you’re potentially gaining fans.”  Then, of course, there’s the ‘content should be free’ people–people who think that ‘liberating’ (stealing) intellectual property isn’t wrong, at all–that any creation that doesn’t require tangible resources should be given away, the creators not compensated except maybe for voluntarily dumping some pennies into a tin cup…if that.

To which I now, after a whole year’s worth of intense research, say ‘bullshit’!

In March of 2016, I discovered that I had over fifteen thousand illegal downloads of two of my books. (The number has gone up a lot since then, btw.)  And my numbers aren’t but a scratch to what other authors, both indie and trad pubbed have suffered, even from just a single torrent site. For just one novel, from just one site, their numbers rank anywhere from tens of thousands to hundreds of thousands of downloads–that’s for a single title. (Luckily, my books appeal to very narrow niche of readers.)

Figure that out, even at pennies in royalties per copy, rather than several dollars in royalties, like my books are set,

So, a couple of days ago, I found out that my audiobook of OHL has also been pirated, an audiobook only available, supposedly, from Audible, an Amazon company that is very keen on protecting that content…and their attempts to foil pirates still failed.

So, now, after a year of research, picking the brains of experts in encryption, licensing, and in protecting against piracy, including the top, most successful company at protecting games, at least during the game’s initial month of release, which is all they’ll guarantee, it comes down to this: There is absolutely no way to prevent piracy, not of eBooks, not of games, not of music, videos, audiobooks, artwork…nothing…when they are offered for sale online.

One expert suggests that the best answer to combating piracy is to create a better delivery service to consumers. He cites Netflix as an example of his thinking–that Netflix makes it so cheap and easy to watch just about any movie or TV program you want with their huge catalog that you don’t bother trying to locate pirated versions or pirate them yourself.  I can see the logic, but, again, I say bullshit.

My take, after a year’s worth of research, is that It’s a mindset we’re doing battle with, the mindset that says “I should be able to get it all for free, and, if I can’t get it for free, then I’ll steal it and release it to everyone because content should be free.”

I wonder how these “content liberators” would feel if someone broke into their bank account and liberated all their cash to anybody and everybody.  You can bet they’d be REALLY upset.  Well, that’s exactly what they’re advocating, that’s exactly what they’re doing and supporting with my own and every other creative artist’s intellectual property when you and they pirate it, distribute it, and when you and they download those pirated copies.

Meanwhile, I’m still working on a solution to my dilemma of how to publish and release my creations and at least net enough to live on without my husband having to put his life in jeopardy every bloody day so we can make ends meet…and, yes, I do think I’ve come up with a solution.  It will take planning, it will take effort and time, but at least I won’t feel violated by hypocritical assholes.